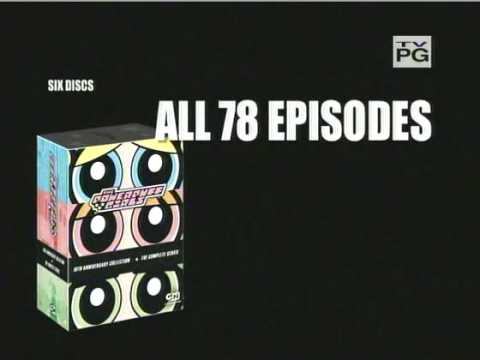 Fallen arches, or flatfoot, is a condition in which the arch on the inside of the foot is flat and the entire sole of the foot rests on the ground. It affects about 40% of the general population. Although flat feet in themselves are not usually problematic, they can create problems in the feet, hips, ankles and knees. Pain may be experienced in the lower back if there are alignment problems and if the individual is engaged in a lot of heavy, high impact activities that put stress on the bones and muscles in the lower legs. The arches of most individuals are fully developed by the age of 12 to 13. While some people are born with flat arches, for others the arches fall over time. The tibial tendon, which runs along the inside of the ankle from above the ankle to the arch, can weaken with age and with heavy activity. The posterior tendon, main support structure for the arch, can become inflamed (tendonitis) or even tear if overloaded. For women, wearing high heels can affect the Achilles tendon and alter the structure and function of the ankle. The posterior tibial tendon may compensate for this stress and break down, causing the arches to fall. Obesity is another contributing factor, as well as a serious injury to the ankle or foot, arthritis and bad circulation such as occurs with diabetes.

Fallen arches in adults are caused by several things. Below are some of the most common causes. Abnormalities present from birth. Torn or stretched tendons (resulting from foot injuries or foot strains). Inflammation or damage of the PTT (posterior tibial tendon). The PTT is responsible for connecting the middle of the arch to the ankle and lower leg. Dislocated or broken bones (also as a result of injury). Health problems like rheumatoid arthritis. Nerve problems. Other factors like diabetes, obesity, aging and pregnancy (these factors are known to increase the risk of fallen arches).

Flat feet don't usually cause problems, but they can put a strain on your muscles and ligaments (ligaments link two bones together at a joint). This may cause pain in your legs when you walk. If you have flat feet, you may experience pain in any of the following areas, the inside of your ankle, the arch of your foot, the outer side of your foot, the calf, the knee, hip or back. Some people with flat feet find that their weight is distributed unevenly, particularly if their foot rolls inwards too much (overpronates). If your foot overpronates, your shoes are likely to wear out quickly. Overpronation can also damage your ankle joint and Achilles tendon (the large tendon at the back of your ankle).

There are a few simple ways to assess your foot type, and most include making an imprint of your footprint. The classic way is to stand on a hard floor surface with wet feet to make a wet foot print. Look at the narrowest part of your footprint, which should be between your heel and ball of your foot. If the print of your foot in this part is less than 10% of the width of the widest part then you are likely to have high arches. more than 10% but less than 25% then your foot profile is probably normal, more than 25% or even the widest part, then you have flat feet.

What does it mean when you have flat feet?

Foot orthotic devices can stabilize some of the causes of flat feet, optimize muscle function and reduce the occurrence of painful symptoms. Generally, a custom-made semi-rigid functional posted orthotic is effective for flat feet. These devices are prescribed based on a thorough biomechanical examination by a qualified chiropodist/podiatrist. Over-the-counter arch supports may be helpful for mild cases, but often prove ineffective to relieve symptoms associated with flatfoot. Wear shoes with a good fit in the arch. Keep active and fit to strengthen leg and foot musculature. Control body weight to decrease load on the feet. Avoid prolonged periods weight bearing with bare feet. Taping to support strained ligaments and joints. Physical therapy modalities such as ultrasound. Referral for surgical correction a severe symptomatic flatfoot.

Since there are many different causes of flatfoot, the types of flatfoot reconstruction surgery are best categorized by the conditions. Posterior tibial tendon dysfunction. In this condition, the tendon connecting the calf muscle to the inner foot is torn or inflamed. Once the tendon is damaged it no longer can serve its main function of supporting the arch of the foot. Flatfoot is the main result of this type of condition and can be treated by the following flatfoot reconstruction surgeries. Lengthening of the Achilles tendon. Otherwise known as gastrocnemius recession, this procedure is used to lengthen the calf muscles in the leg. This surgery treats flatfoot and prevents it from returning in the future. This procedure is often combined with other surgeries to correct posterior tibial tendon dysfunction. Cleaning the tendon. Also known as tenosynovectomy, this procedure is used in the earlier and less severe stages of posterior tibial tendon dysfunction. It is performed before the arch collapses and while the tendon is only mildly affected. The inflamed tissue is cleaned away and removed from the remaining healthy tendon. Tendon transfer. This procedure is done to correct flatfoot and reform the lost arch in the foot. During the procedure, the diseased tendon is removed and replaced by tendon from another area of the foot. If the tendon is only partially damaged, the inflamed part is cleaned and removed then attached to a new tendon. Cutting and shifting bones. Also called an osteotomy, this procedure consists of cutting and reconstructing bones in the foot to reconstruct the arch. The heel bone and the midfoot are most likely reshaped to achieve this desired result. A bone graft may be used to fuse the bones or to lengthen the outside of the foot. Temporary instrumentation such as screws and plates can also be used to hold the bones together while they heal.
Heel Pains »
Profile